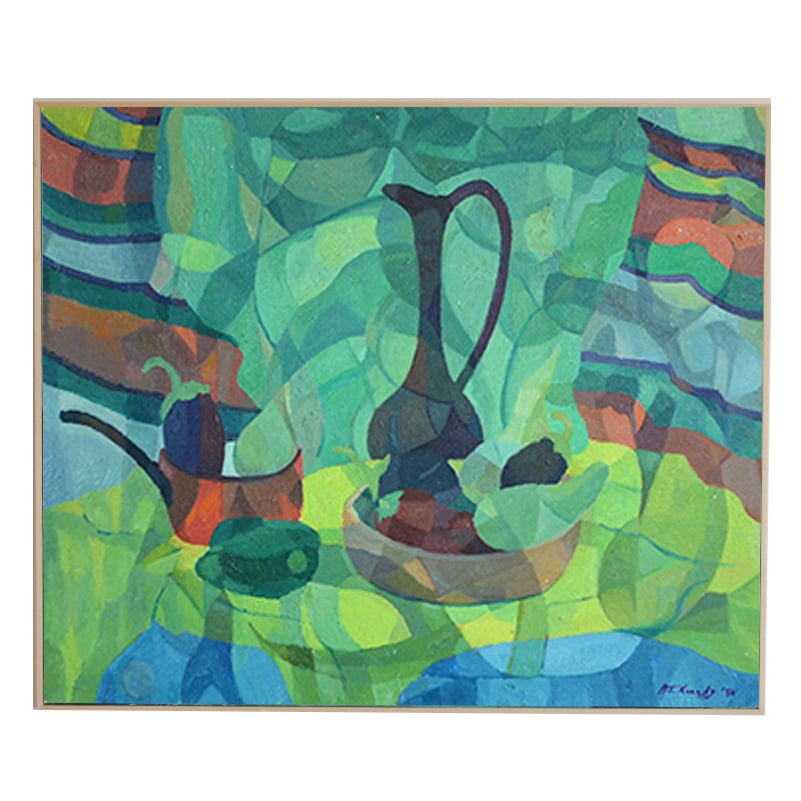 Kennedy spent most of his youth in Penwith. His great grandfather was Thomas Millie Dow who took on and bought Talland house in St Ives from the Stevens (Virginia Woolf's parents ).

They had two daughters Elsie who acquired Tremadda farm in Zennor and married a local farmer Maurice Griggs, and Mary who married the Bloomsbury architect George Kennedy and were based in Chelsea . Elsie had 4 daughters and Mary the mother of Horas had 5 sons. These cousins were of similar age and remained very close throughout their lives.

Spending much time in St Ives, Kennedy became acquainted with artists of that time. He became a particularly good friend of Peter Lanyon with whom he had been to school. The kennedys and Landons remained friends for many years.